A Night for Sun City 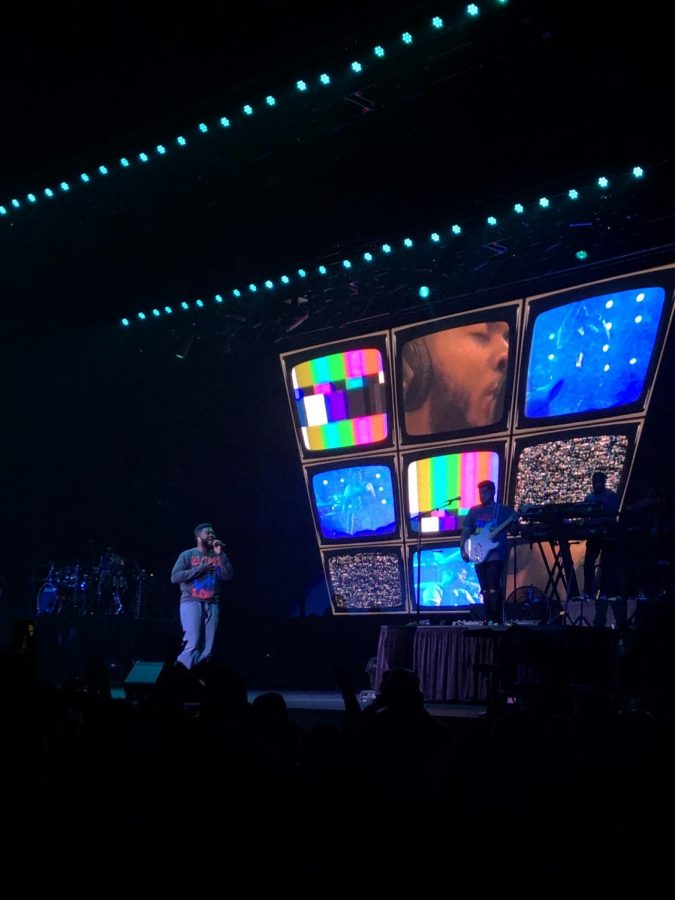 Khalid performs at the Don Haskins Center on September 1. The performer raised $500,000 for the El Paso Community Foundation Victims Fund.

Ten days after a mass shooting to the lives of 22 and injured in the Sun City. El Paso’s own Khalid announced he would be performing a benefit concert to honor the lives of the victims killed on August 3.

The September 1 benefit, ‘A Night for Sun City,’ raised over $500,000 for the El Paso Community Foundation Victims Fund. The concert was held on September 1 at the Don Haskins Center.

Fans from across the Sun City and country bought tickets and merchandise to support the fund.

Sophomore Javier Garcia was on the floor for the concert. Garcia loves Khalid, but he loved that his money was going to something bigger.

“I bought the most expensive tickets because I knew that my money was going to something good,” Garcia said. “I love Khalid, but I also wanted to help out my community.”

Tickets for the event ranged from $32 – $72 with all proceeds benefitting the victims fund, a special shirt was also debuted and sold at the concert and online. Proceeds from that shirt were also donated.

According to media reports, Khalid was preparing to play in Washington D.C. when he got the news of the mass shooting in his hometown.

The 21-year-old singer has been outspoken in his love for the city and was devastated to hear about the tragedy that had occurred.

“I think it was important for Khalid to come back home for this benefit,” Senior Illeana Campos said. Campos attended the concert and felt that the night really unified El Pasoans.

“It was a great reminder of the love we have for our city,” Campos said.

‘A Night for Sun City’ also featured performances by SZA, Rae Sremmurd, Lil Yachty and local artist The Swell Kids. In addition to these performers, Matthew McConaughey spoke to the arena at the Don Haskins and Presidential Candidate Beto O’Rourke introduced Khalid to the stage.