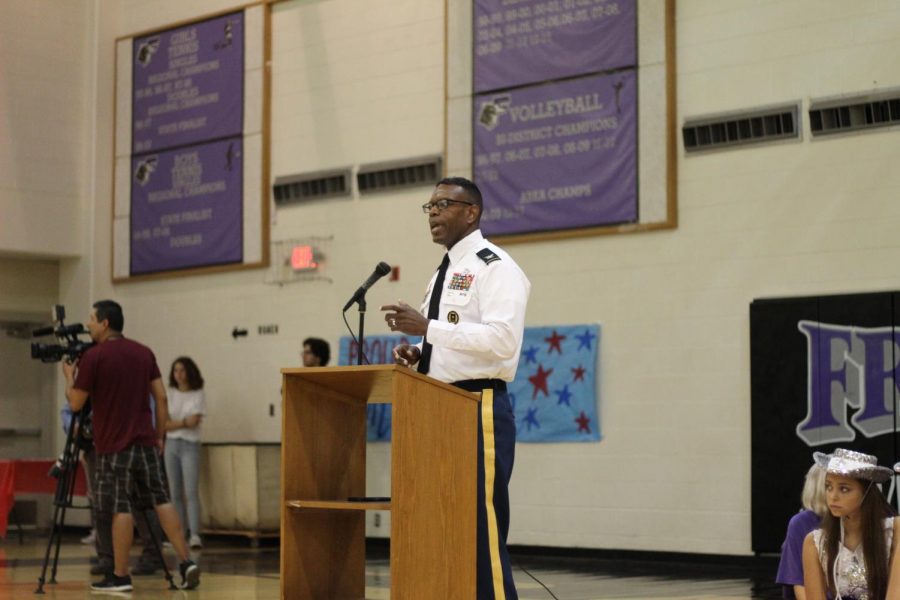 This message was pled by the orchestra on silver strings of whispers, the choir followed as the music crescendoed weepingly in prayer.

Reverberations moved the walls and bounced along with every echo in a melancholy tune of gracefulness and wallow.

Although solemn, this moment was the culmination of weeks of preparation. Students, faculty and community members lined the gym on the morning of September 11 to commemorate the 19th anniversary of the 9/11 attacks on America.

Students and faculty painted the gym in a flurry of patriotic colors; waves of red, white and blue covered the arena as the colors and anthem were honored by ROTC and the band.

The event, which was hosted by Student Council, was funded by a grant from Youth Service America.

The $6,000 grant was awarded to Franklin last year. In order for Franklin to use the funding, it has to be put toward specific community service events.

“The grant is meant to help boost awareness about the events in our community by fundin” Sanchez said.

“When you have more money you can do more with it.”

Performances by the orchestra, choir and band helped to commemorate the remembrance of the tragedy as well as a keynote address from Ret. Col. Leonard Wells, an EPISD JROTC facilitator.

“The first reason why we remember this day is honor, to pay respect to the lives lost and the events horrific occurrence,” Wells said.

“The second is to heal – which means sound, closure and healing a wound.”

Wells was one of many servicemen and veterans that were honored and recognized at the event. Local first responders were also honored for their work within the community.

According to Sanchez, the event is meant to honor the tragedy and to help students learn the history about the morning of the September 11 attacks and how they shaped the nation moving forward.

Guard member and sophomore Briana Romero was not alive on September 11, 2001, but feels the ceremony still affected her.

“I feel as though being there, even though I wasn’t alive at the time, still affected me,” Romero said.

“It’s important because you never know if someones family member was there at the time or not. We need this to recognize all of the fallen and show that we care.”

The morning ended with everyone in attendance being invited to cookies and coffee.

Hundreds of cookies were baked by StuCo and National Honor Society members the night before.

She felt it was important to attend the next day.

“I think it’s a special day for Americans,” Venegas said. “I got to speak to the veterans, hear their stories and it was interesting to learn more.

According to Wells, it was hope within the human spirit that helped to heal America.

“Have hope to bring all of us together in protection,” Wells said. “We remember to honor, to heal and to have hope. 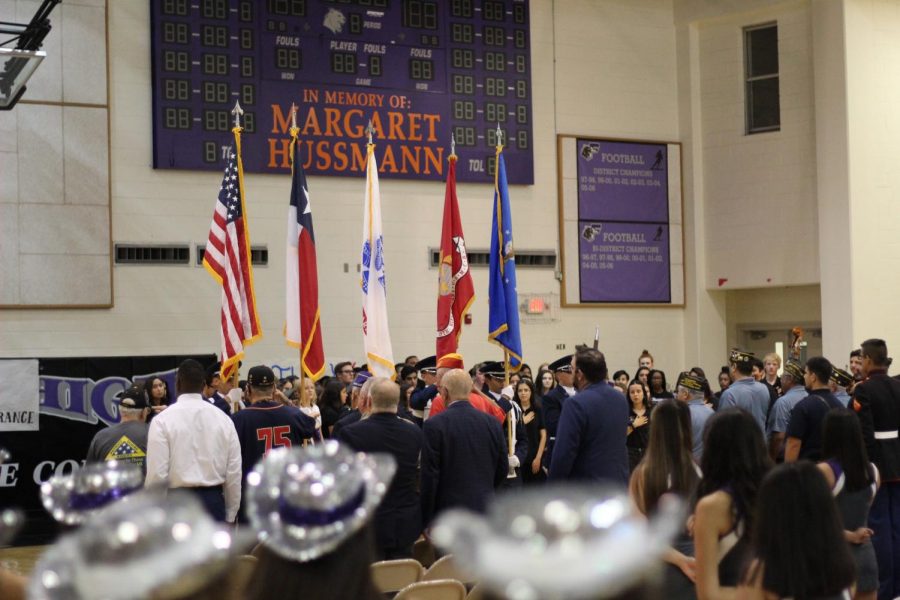